Arsha has a unique gift for music; and a charismatic approach to it which is very rare.  Krystian Zimerman

Praised for his prodigious talent and impassioned, bravura playing, Arsha Kaviani has already made a mark as a young pianist to watch. Born in Dubai to Iranian parents in 1990, He has been soloist with orchestras such as the Qatar Philharmonic (Rachmaninov 3rd Concerto) and the Istanbul Symphony Orchestra (Prokofiev 2nd Concerto), appeared at the Abu Dhabi/Al Ain Classics and Chetham’s Piano festivals (he opened the 2010 festival with Busoni’s monumental Piano Concerto), and given solo and chamber music recitals in venues ranging from London’s St. Johns Smith Square, where he played an all-Godowksy program to critical acclaim, to the Moscow Conservatoire, the Camel House Concert Hall in the Canary Islands and Dubai (Dubai Concert Series and opening of Steinway & Sons Middle East). His performance with the Qatar Philharmonic was the focus of a widely distributed mini-documentary by Al Jazeera.

Arsha started piano lessons at age 6 and made his concerto debut with the Dubai Chamber Orchestra in 2004. In 2006, he entered Chetham’s School of Music, a specialist music school in Manchester, where he studied with Murray McLachlan and won the Concerto Competition during his first term, leading to a performance of Prokofiev’s 2nd Concerto with the Chetham Symphony Orchestra. In 2008, he continued his studies with Prof. McLachlan at the Royal Northern College of Music, where he was also mentored by Vladimir Jurowski, Kristjan Järvi, Michel Béroff, Nelson Goerner and Bryce Morrison. He subsequently received the highest mark for his final performance at the school for which he was awarded the Alfred Clay Prize for Piano.

For the 2012/2013 season Arsha gave a series of performances in France, Spain, the U.K., Dubai, and was selected as one of the Rising Stars of the Royal College of Music, which resulted in a performance at London’s Cadogan Hall. He was selected as one of the Young Soloists of the highly prestigous Orpheum Foundation, which sponsored his debut with the Zurich Tonhalle Orchestra in September 2013 under Kristjan Jarvi; for which the critic of the Neue Zürcher Zeitung wrote “The composition [Strauss’ Burleske] was suitable not only for the representation of Kaviani’s dazzling virtuosity, but also came to meet his flair for witty and sparkling scherzando elements.”  He will continue this season with concerto, solo and chamber music performances in Austria, the Middle East, Spain, France, London’s Cadogan Hall, and will make his debut in Germany where he will appear as soloist in two performances of Mozart’s Piano Concerto No.21 with Howard Griffiths at the Kleist Forum in Frankfurt (oder).

Fascinated by previous centuries’ piano virtuosos – who, besides playing the major staples of the piano repertoire, were expected to compose their own, as well as improvise on and transcribe other composers’ works – Kaviani regularly improvises on themes provided by the audience during concerts. He also performs his own compositions and unjustly neglected works, including composers such as Samuil Feinberg, Leopold Godowsky, Nikolai Medtner and Ferruccio Busoni, and champions the repertoire staples by Mozart, Beethoven, Schumann, Chopin, Brahms and Rachmaninov.

Arsha is an exceptionally gifted pianist even in this age of the exceptionally gifted. At an early age he had already mastered such daunting masterpieces as Prokofiev 2 and Rachmaninov 3, Brahms 2 and the Busoni Piano Concertos. This remarkable achievement is backed by a brilliantly wide-ranging repertoire and I can only join in the praise already lavished on him by some of the greatest musicians including Daniel Barenboim, no less. I wish him every possible success in what promises to be a dazzling career .  -Bryce Morrison- 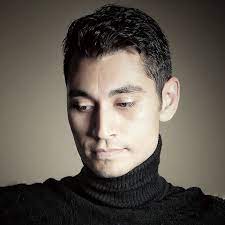