“Following the familiar horn introduction, Mr. Leung took immediate command of the piano. His well-timed chords fit right in place in the first movement, holding together the orchestral sound. Throughout the concerto, Mr. Leung never forgot he was part of an orchestra, but still managed to control a great deal of the musical suspense and dazzle the audience with riveting runs.” ~ Town Topics (2015)

Lauded as one of “16 Incredibly Impressive Students at Princeton University” by Business Insider, 22-year-old pianist Edward Leung has won prizes in national and international competitions and performed in concert halls across North America, Europe, and Asia.

In 2016-2017, he was the youngest of eight pianists selected worldwide to participate in the Wilhelm Kempff Academy’s Beethoven master classes, where he worked with Bernd Goetzke. He has also won runner-up prizes in the 2017 Eastbourne Symphony Orchestra Young Soloist Competition and the 2016 Liszt Society International Prize, and has appeared in recitals across the U.K. at St Mary’s Perivale, St Mary’s in South Ealing, St John’s Waterloo, and the Birley Centre.

During the 2015-2016 season, Edward appeared in solo recitals in New York under the auspices of the Five Towns Music and Art Foundation and Faust Harrison Pianos, as well as chamber music recitals at Yale University and the Washington Metropolitan Philharmonic Association’s 25th Annual Chamber Music Series at The Lyceum. His piano trio, the Opus Trio, embarked on a concert tour around Princeton, New Jersey, performing works by Brahms, Dvorák, Szymanowski, and Jennifer Higdon. His 2014-2015 season included performances featured on the WWFM The Classical Network, a documentary recording of Cesar Franck’s Violin Sonata for Princeton Community Television’s “Musical Journeys,” and an opening performance for Stefan Jackiw and Anna Polonsky at Princeton University’s Richardson Auditorium.

A passionate chamber musician, Edward has worked with Gilbert Kalish, Jane Coop, Ayano Ninomiya, Sergiu Schwartz, Misha Amory, and members of So Percussion, the Nash Ensemble of London, Emerson String Quartet, Brentano String Quartet, and Daedulus String Quartets. He is the founder and president of Opus 21, an innovative chamber music ensemble at Princeton dedicated to bringing an eclectic repertory of chamber music to Princeton University and beyond. Hailed by The Daily Princetonian for its “dramatic, exciting performances” and “a true need in the Princeton arts community,” Opus 21 has formed chamber music collaborations with Harvard and Columbia Universities, and has performed at the Harvard Club of New York, Richardson Auditorium, and the 2015 APAP|NYC for the North American premiere of Sam Wu’s “dolphin song.” Edward has also been invited to perform at the inaugural grand banquet commencing the historic first research exchange between Princeton University’s School of Engineering and the University of Tokyo.

As a former violinist, he has served as a violinist and concertmaster of the Long Island Youth Orchestra, where from 2006 to 2009, he has performed in summer concert tours in China, Vietnam, Cambodia, Thailand, Malaysia, Singapore, Greece, Bulgaria, Ukraine, Republic of Georgia, Turkey, Japan, South Korea, Canada, Denmark, Norway, Iceland and Russia, where in 2008, the Long Island Youth Orchestra became the first American symphony orchestra in history to perform in the Russian Far East.

In 2016, Edward received a Bachelor of Arts from Princeton University, with a concentration in the Woodrow Wilson School of Public and International Affairs and a Certificate in Musical Performance. He studied piano with Francine Kay. In 2016-2017, Edward is based in the United Kingdom, where he was named the inaugural Aske-Princeton International Fellow at The Haberdashers’ Aske’s Boys’ School. He studies privately with Pascal Nemirovski, with whom he will be continuing his studies at Birmingham Conservatoire in the fall of 2017 for his Master of Music degree. 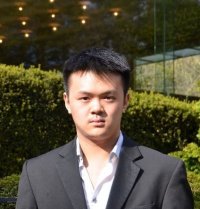