Born in Milan, he studied at the Tchaikovsky Conservatory in Moscow with Elissò Virsaladze: admitted to her class in 2009 he completed a Postgraduate course earning the highest degree under her guidance in 2015.

He is now continuing his studies at the Hochschule für Musik, Theater und Medien in Hannover with Arie Vardi.

In addition to his official studies, he has completed a series of masterclasses with famous pianists including with Dina Yoffe, Boris Petrushansky and Vladimir Askenazy..

He has won several international competitions in Italy including the ‘Ettore Pozzoli’ in Seregno and the ‘Città di Cantù.

After winning Tromso, he joined the “Steinway Prizewinner Concerts Network” and won enthusiastic acclaim for his concert activity in Norway, where he also gave a series of masterclasses in some of most prestigious halls and festivals of Europe receiving excellent reviews on the pages of Suddeutsche Zeitung, the Leipziger Volkszeitung, the Hamburger Abendblatt , Musicweb international, the Daily Music and the Miami Herald. These included in Germany, a concert at the Gewandhaus of Leipzig broadcast by German radio MDR, and by the European Broadcasting Union, and a concert in the NDR-Sendesaal in Hannover broadcast on radio NDR, a concert in the Munich Kammer Musik festival broadcast on radio ARD and a concert at the Gasteig of Munich broadcast on radio Bayerisch Rundfunk; a concert at Schloss Belvedere in Weimar, and also at Schloss Rheda-Wiedenbrück, for Musik Freunde Kiel and Pro Piano Hamburg and concerts at Carnegie Hall in New York, the Philarmony of Luxembourg, Salle Cortot in Paris, Kulturhuset in Tromso, Sala Maria Cristina in Malaga, at the Moscow Maliy and Great Hall of the Tchaikovsky State Conservatory, at the Glazunov hall in Saint Petersburg, also the Pushkin and Roerich Museum in Moscow, at the Tel Aviv museum of Art, the Auditorium Verdi and the Great Hall of the Conservatory of Milan, Opera of Rome, Teatro Social of Como, Teatro Isauro Martinez in Torreon (MX), Auditorio San Pedro in Monterry (MX), Steinway hall, Reform Club in London and others.

Festival appearance includes the 69th International Chopin Piano Festival in Duszniki Zdrój (Poland) broadcast on national Polish radio, the 22nd Festival de Sala Beethoven in Mexico and the Miami Piano Festival where he made his American debut in 2016.

Since 2015 he has been promoted by the London based association The Keyboard Charitable Trust.

Watch’s Emanuel’s video of his plane landing in Tokyo (January 2022) to the soundtrack of him playing the second movement of Chopin’s Second Piano Concerto: https://youtu.be/5ijwNHa6KvE 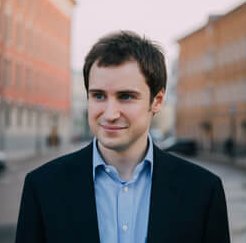