Parvis Hejazi is a 22-year-old German-Iranian pianist and composer, living in London.

From 2012-2017, he studied piano and composition at the University of the Arts in Bremen.  In 2021, he graduated with honours and distinction from the Royal College of Music in London. He is currently studying for a Master’s degree at the RCM under Norma Fisher and Vanessa Latarche.

Parvis holds several scholarships including the RCM Scholarship, the Evangelisches Studienwerk (Villigst) and the Deutsche Stiftung Musikleben. He is an honorary member of the Deutsche Gesellschaft für Philosophie and is supported by donors Karin and Uwe Hollweg and the Gisela and Erich Andreas Foundation.

He enjoys a wide range of musical activities ranging from solo recital and concerto programmes to chamber music performances, and from composing to conducting.

In 2018, his composition ‘In memoriam E. A. Poe’ (composed in 2010) was selected as a compulsory piece for pianists to play in the reputable WESPE competition in Germany. In 2019, he was a finalist in the prestigious Chapell Medal International Piano Competition and was selected for the Gateway Scheme, a programme designed by the Royal College of Music to promote extraordinarily talented musicians.

Broadcasts of concerts, recordings, interviews and TV documentaries have been transmitted on German state TV and radio channels such as ARD, NDR, HR and the Deutschlandfunk – and he has performed in major concert venues throughout Europe, the USA and Israel. 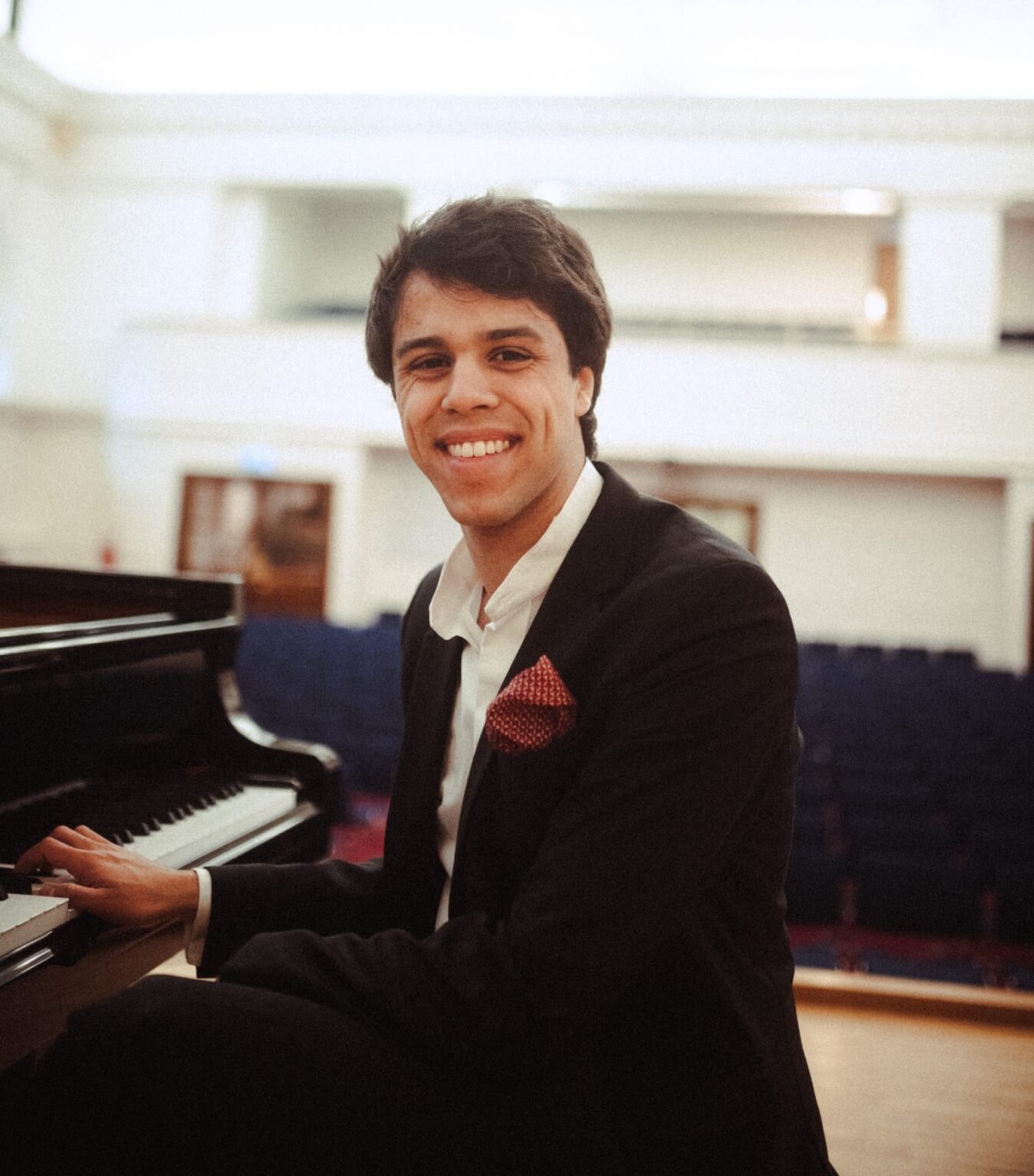