Born in 1997, Pedro is a Spanish pianist who is currently studying the Master of Performance Degree with Prof. Norma Fisher at the “Royal College of Music” of London (RCM), awarded with full scholarship and the title of the “Leverhulme Honorary Arts Scholarships”. He also receives regular lessons from Prof. Vanessa Latarche. He is a “Keyboard Trust” artist, as well as a “Talent Unlimited” artist, both from the UK.

e has offered numerous interviews for international and national press, radio and television. “Three encores, standing audience and a long line of spectators lined up to congratulate the young Spanish pianist. Pedro López Salas brightened up the evening in Milan” (Cultura di Milano). “More than an excellent pianist, he is a soloist and almost a conductor, judging by his scenic development” (Ritmo magazine). “Enormous security and great capacity of the young pianist to endow Liszt’s concerto number 2 with expressiveness and poetry” (El correo de Sevilla). 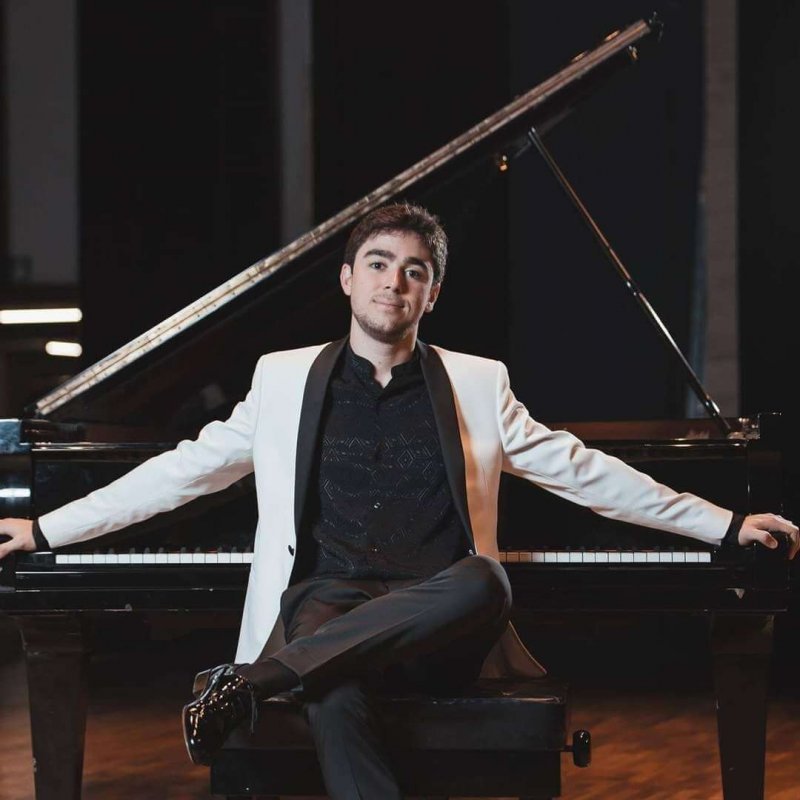