Praised for his sense “culture and refinement” by the Liszt Society, British pianist Phillip Leslie is a thought- provoking artist and has received considerable acclaim for his performances across the UK and Europe. He has been described by ESM as a “tour-de-force” and his recent concert engagements include the Teatro Marcello, Steinway Hall, St John’s Smith Square, Liverpool Philharmonic Hall, Castellon Auditorio & the Wigmore Hall.

Named a Park Lane Group Artist (alumni include John Ogdon & Jacqueline du Pré) in 2018, he made his Southbank Centre debut as part of Southbank International Festival in 2019 in a program of works by Knussen & Boulez. A champion of British repertoire and contemporary music, Phillip has performed works by Kenneth Leighton on BBC Radio and given numerous world premiere performances. In October 2022 he will give a pre BBC Philharmonic duo recital at the Bridgwater Hall of works by Ruth Gipps. He will release his debut album of William Baines’s piano music in 2023 following his centenary year. Festival appearances include the Southbank, Endellion & Perth annual music festivals. He was named one of the Cross Trust’s ‘Artist of the year’ in 2022.

In demand as a collaborative artist, he has performed with orchestras including Liverpool Philharmonic Youth Orchestra, Trinity Laban Symphony, Dunblane Chamber Orchestra, BYO, Cornwall Youth Orchestra. In 2023 he will perform Brahms 1 with the Scottish Sinfonia and a Rachmaninoff ‘250’ Anniversary concerto with conductor, Robert Baxter. An avid chamber musician, he enjoys collaborations with cellist, Clara Hope-Simpson & violinist, Eddy Betancourt with future duo recitals across Europe.

Educated at Trinity Laban, Royal Conservatoire of Scotland, Royal Northern College of Music & L’Ecole Normale de Musique de Paris, a scholar at each institution, he received the Weingarten Prize and Silver Medal Keyboard Award for his his studies in London. His teachers have included Philip Fowke, Margaret Fingerhut, Kathryn Stott & Aaron Shorr. He was a recipient of the Sir James Caird Travelling Trust Scholarship for his studies and furthermore received the Sir Philip Ledger Award. As a pedagogue he serves on the faculty at Blackheath Conservatoire & is a jury member for the London Young Musician Competition. 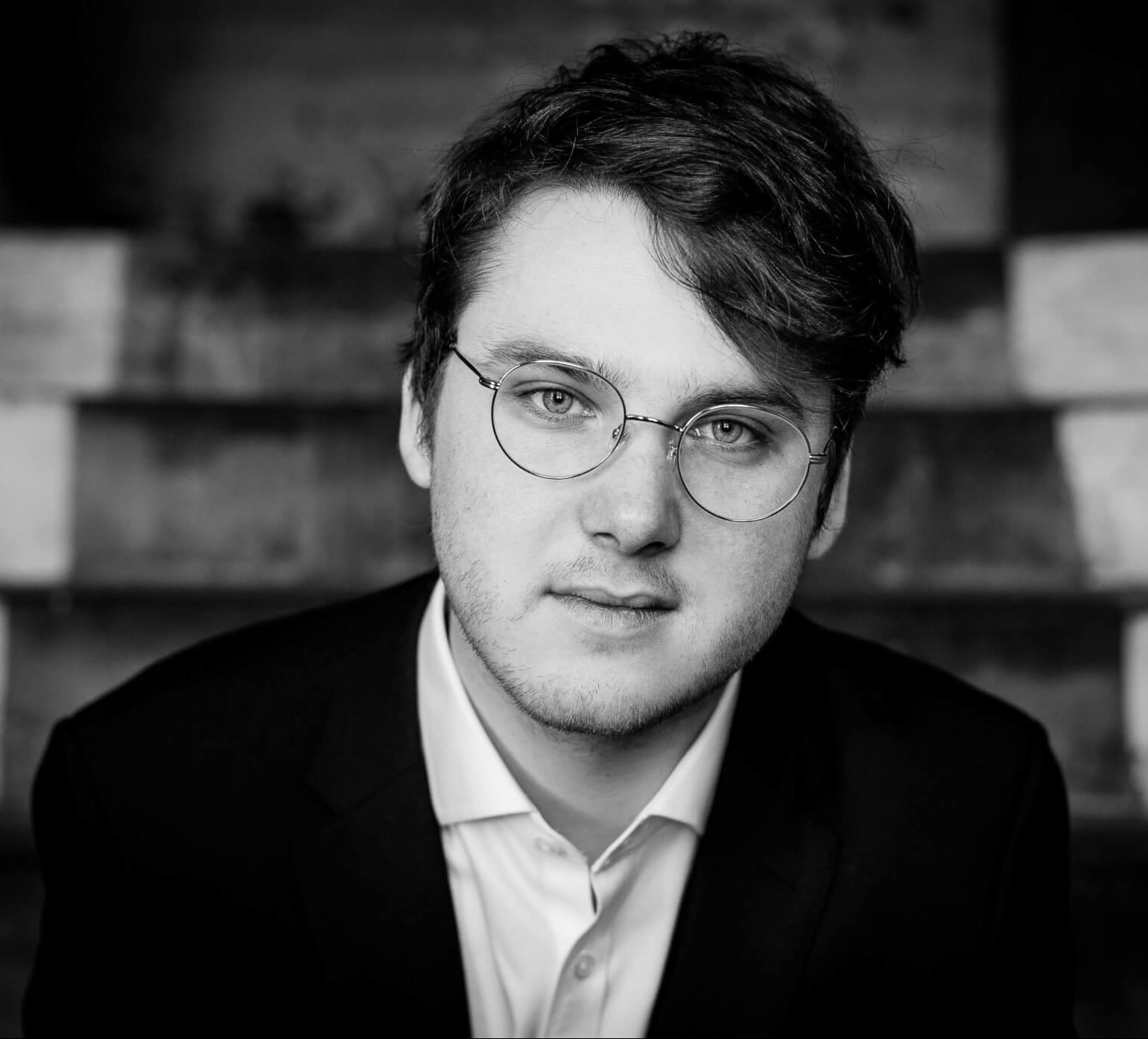