Born in Moscow in 1993 into a family of musicians Sergey started playing piano at 5 and since then has dedicated his life to music. At the age of 10 he had his life debut solo recital and at the age of 11 – his first debut with the symphony orchestra. Since that his concert performances have spanned the globe. By age 25 Sergey has toured and performed in 28 different countries all over the world in most famous venues and halls.

Belyavsky is highly rated by many musical critics and reviewers for his “world-famous technical brilliance”, “unique interpretation”. “He sparkles like a slightly canted crystal chandelier in a turn of the century ballroom”.

Since 2005 , Sergey became a multiple prize winner of more than 30 competitions and festivals including:

Sergey graduated from the finest Russian Central Music School (CMS), and following the CMS he graduated with honors from the famed Moscow State “Tchaikovsky” Conservatory, while being in class of Prof. Elisso Virsaladze in 2016. For a year in 2016/17 Sergey traveled to Tel Aviv to study with Prof. Arie Vardi.

Currently Sergey is honing the mastery of his art at the Kalaidos Musikhochschule in Switzerland in the “Meisterklasse” Prof. Lev Natochenny. 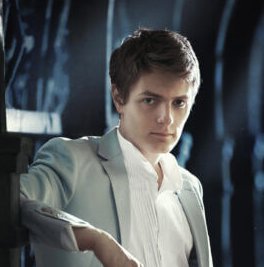