Japanese pianist Tomoki Sakata “demonstrated virtuosity, considerable color and expressivity” (Dallas Morning News) during the 2013 Cliburn Competition, earning him a place among the top six finalists. He is building a reputation for a “youthful overabundance of talent” that creates “its own visceral excitement” (Theater Jones).

In 2016, Mr. Sakata won the 1st Prize along with 6 special prizes at the International Franz Liszt Piano Competition in Budapest by a unanimous vote.

Born in Nagoya in 1993, Mr. Sakata began piano lessons at the age of 5 and began improvising and composing at age 6. He has received private lessons by Paul Badura-Skoda since the age of 16. In 2011, he was admitted as a youngest student of The Lake Como International Piano Academy, where he has taken masterclasses with many music prominents including Dimitri Bashkirov and Tamás Vásáry.

After study with Hideto Nishikawa and Kenji Watanabe at the Tokyo University of Fine Arts and Music, he currently studies with Arie Vardi at Hochschule für Musik, Theater und Medien Hannover in Germany.

“…he impressed with his virtuosic skill, lyrical gift and demeanor at the piano.” –Fort Worth Star-Telegram

“Sakata displayed remarkable technique, particularly when playing the many decorative grace notes and the powerfully thick, punctuating chords ever-present in Rachmaninoff’s very personal style. The tall young pianist projected an intense energy suited to the composition, and conductor Randal Craig Fleischer and the orchestra performed with poise and élan. The audience reacted with thunderous applause.”－Cleveland Classical

“Tomoki Sakata collaborated in one of the most enjoyable chamber-music experiences thus far. Here was a Schumann Piano Quintet aptly scaled in every respect: tempo, dynamics and balances. In a nicely interactive performance, in which the musicians genuinely seemed to be enjoying themselves, nothing was hurried, nothing forced. Schumann sounded like Schumann, and that’s a high compliment.” –Dallas Morning News

“He is a 19-year-old who plays beyond his years. He played impeccably, with a pristine touch and elegant phrasing.” –Cincinnati Enquirer

“All of his considerable technical prowess was on display. His interpretation has a way to go before it is fully mature, but this youthful overabundance of talent lent its own visceral excitement to this performance. The audience went wild when it was over.” –Theater Jones

“Sakata displayed an awesome technique, and he made some music in the process.” –Theater Jones

“Sakata brought taste and clarity to the work. His phrasing was polished and he interacted sensitively with the orchestra.” 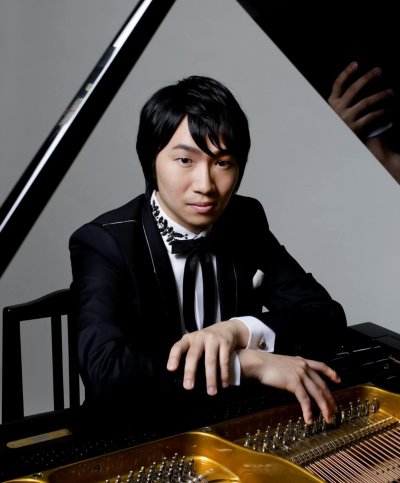