“He was not only comfortable with Liszt’s extravagant technical demands but he delivered impressively on the music’s poetry” (Jeff Buckley, 19th Sept 2013)

Umberto was born in 1991 in San Benedetto, Italy. He started to play the piano at the age of six and at twelve he was enrolled in the “Pergolesi” Conservatory where he graduated with top marks and honorable mention.

In 2013 Umberto was top prize winner at “Premio Venezia” and first prize at “Nuova Coppa Pianisti”.

Moreover he has widely performed in Italy, Germany and United Kingdom in important venues such as Teatro Malibran and Teatro La Fenice in Venice, St. James Piccadilly, Regent Hall and the Elgar Room at the Royal Albert Hall in London.

Umberto graduated from Royal Academy of Music in London with the Dip RAM (Academy’s highest performance award for an outstanding final recital), under the guidance of Professor Ian Fountain. 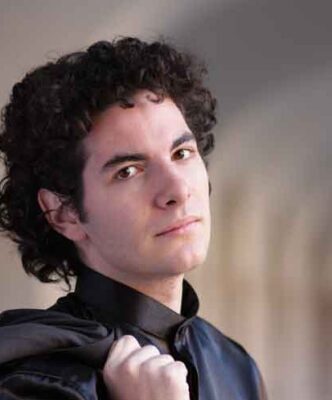