Urszula Danielewicz began her musical studies at the age of five on a modern piano and, even as a child, was drawn to the Classical era and the works of J.S. Bach.

From a young age, she played Bach’s polyphonic compositions, and in 1991, she won the Johann Sebastian Bach competition in Gorzów Wielkopolski in Poland.  Following the path of her musical inspiration, she discovered the harpsichord and became enchanted by its wonderful possibilities for interpreting Baroque and Renaissance compositions. With the intention of becoming a performer, she focused on the harpsichord and, in 2005, supervised by Marta Kaczmarska, she obtained a Master’s Degree in harpsichord at the Akademia Muzyczna in Wrocław, Poland.

Following her studies in Wrocław, Ursula won a French Government scholarship to study in Paris with Elisabeth Juaye;  she then studied at the Royal Conservatory in The Hague with Jacques Ogg (and, in 2008, she completed her degree there);  and went on to study for a Master’s Degree with Bob van Asperen at the Amsterdam Conservatory.

While in The Hague, Urszula studied solo and chamber music for the pianoforte with Stanley Hoogland and Bart van Oort.  The instrument captivated her with its delicate tone and dynamic capabilities and allowed her to expand her performance repertoire in Classical and early-Romantic pieces. Van Oort stated that her June 2012 Master Recital ‘was a real event which left the jury practically speechless’. She also participated in masterclasses with such distinguished artists as Gustav Leonhardt, Nicholas Parle, Ketil Haugsand, Viviana Sofronitzky.

During her years of study Urszula has performed in Poland and Holland. She also participated in the following festivals: Forum Musicum (fringe concerts), International Music Festival Euro Silesia, Days of Harpsichord Music, Musica Polonica Nova, May with Early Music, Utrecht Early Music Festival (fringe concerts), Bach Festival Dordrecht, The Classical Festival Den Haag where she was selected together with the singer Maria Valdmaa to participate in the programme ‘Talent’.  She also performed in concerts in the Dr. Anton Philipzaal in The Hague which were broadcast on radio; and was a semifinalist in the XV International J.S. Bach Wettbewerb, harpsichord competition in Leipzig.

Since September 2012 Urszula has worked as a fortepiano accompanist in the Early Music Department of the Conservatoire of The Hague.  She specialises in performing ancient as well as contemporary music using instruments from earlier eras. 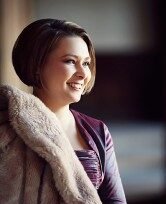