On 12 April 2008, Russian pianist Vitaly Pisarenko (1987) won First Prize at the 8th International Franz Liszt Piano Competition in Utrecht, the Netherlands. Vitaly’s packed tour schedule, with world-wide engagements until 2011, commenced straight away the morning after the Finals with an appearance at Amsterdam’s Concertgebouw with the Netherlands Radio Philharmonic Orchestra under the baton of Damian Iorio.

Vitaly Pisarenko already had his first public recital at the age of 6. Following his first musical training at music schools in Kiev and Kharkov, he commenced his study at the State Conservatory in Moscow under Prof. Yuri Slesarev in 2005. At the same time, he enrolled in a postacademic course of study at Rotterdam’s Codarts Conservatory, as a pupil of Aquiles Delle Vigne. Since November 2009 Vitaly is a student of Oxana Yablonskaya in Oxana Yablonskaya Piano Institute.Vitaly has appeared as soloist with orchestras in Ukraine, Russia, Italy, the Republic of Macedonia, Austria and Germany.

As part of the prizes won at various competitions, in particular Third Prize, the Audience Prize and the Special Prize of Fazil Say at the 5th Franz Liszt Competition in Weimar in 2006, he received invitations to appear in Japan, Italy, Germany, Austria, Poland and Turkey. In 2007, he participated in the performance of the complete piano works of Ravel in Rotterdam during the Codarts Ravel Piano Marathon.

In 2008 after having won the Liszt Competition Vitaly Pisarenko has been a guest at the Basilica Festival of Flanders, the Piano Pic Festival in France, the Berlin International Music Festival & Academy, the Delft Chamber Music Festival, the Grachtenfestival in Amsterdam and the Busoni Festival in Bolzano, amongst other events. In October Vitaly played with the Franz Liszt Chamber Orchestra in Budapest.

In 2009 Vitaly  made an extensive tour with the North Netherlands Symphony Orchestra, performed with Polish National Philharmonic Orchestra at the Beethoven Festival in Warsaw and with the Moscow Symphony Orchestra at the Ushuaia Festival in Argentina. That same year he made an international tour with the Heath Quartet, winners of the TROMP International Music Competition and  performed Rachmaninoff’s Paganini Rhapsody in the reopening ceremony of De Doelen Concert Hall in Rotterdam. Furthermore  he took part in the European Liszt Nights tour  and performed at the Vilnius Piano Festival and in South-Africa. In 2010 Vitaly performed in Shanghai during the World EXPO and he toured with the Gelders Orkest performing Rachmaninov Concerto No. 4. In 2011 Vitaly was invited to Japan for a extensive tour with the Brno Philharmonic Orchestra performing in Tokyo Opera City, Sumida Triphony Hall, Minato-mirai hall (Yokohama) among others. In 2012 Vitaly made his debut in Teatro Colon, Buenos Aires,  the Musikverein, Vienna, De Singel, Antwerpen and The Palace of Arts, Budapest. As well as tour of China including performances at the NCPA in Beijing and the Shanghai Concert Hall. He also participated in the International F.Liszt Piano Academy having lessons with Elisabeth Leonskaya.

From 2012 Vitaly is generously supported by the Keyboard Charitable Trust.

In 2013 Vitaly made his debut in South Korea performing at the Seoul Arts Centre with the KBS Symphony Orchestra. As well as at several prestigious festivals including the International F. Chopin Piano Festival in Duszniki (Poland), the Euro Music Festival in Halle (Germany), The Grachtenfestival (Amsterdam) and the Diaghilev Festival (St. Petersburg). In 2014 he returned to Belgium for the tour “De biecht van Liszt” with an actor Warre Borgmans, as well as performing a number of solo recitals and concerts with orchestras in USA, Italy, China and UK (Cadogan Hall, St. John’s Smith Square, Elgar Room of Royal Albert Hall among others).

Performance highlights of 2016-2017 include recitals and concerts with orchestras in Israel, United Kingdom, Spain, Germany, France, Belgium, Switzerland and Bulgaria. 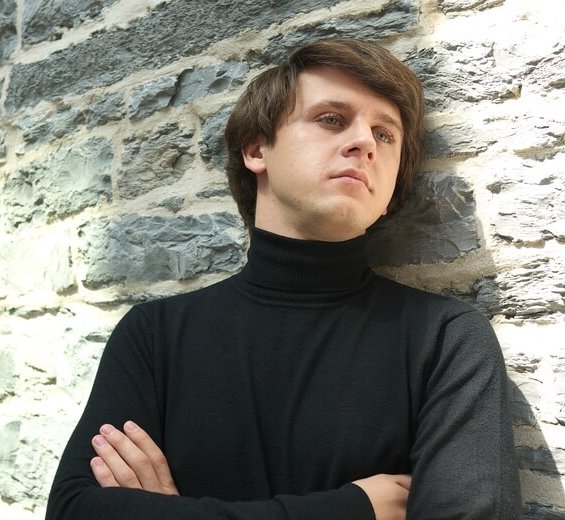