At just 24 years old, Mariam Batsashvili already ranks among the most promising young pianists of her generation. She gained international recognition at the 10th Franz Liszt Piano Competition in Utrecht 2014, where she won First Prize as well as the Junior Jury Award and the Press Prize. “Winner Batsashvili turns every phrase into something special”, headlined Dutch newspaper NRC Handelsblad, and the international Jury called her a “complete artist” with a “tremendous touch” and “sincere emotion”. 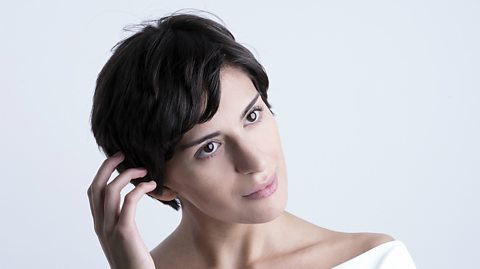 Born 1993 in Tbilisi, Georgia, Mariam Batsashvili first studied with Natalia Natsvlishvili at the E. Mikeladze Central Music School in her hometown, before continuing at the Hochschule für Musik Franz Liszt in Weimar with Professor Grigory Gruzman. In 2011 she won First Prize at the International Franz Liszt Competition for Young Pianists in Weimar, and received the prestigious Arturo Benedetti Michelangeli Award in 2015. Mariam Batsashvili is a scholarship holder of the Deutsche Stiftung Musikleben.

Mariam Batiashvili was nominated by the European Concert Hall Organisation (ECHO) as ‘Rising Star’ for the 2016/17 season, and performed in the most significant concert halls throughout Europe, including the Philharmonies of Paris, Cologne and Luxembourg, the Vienna Musikverein, the Palais des Beaux-Arts in Brussels, the Müpa Budapest, L’Auditori in Barcelona, the Stockholm Concert Hall, the Southbank Centre in London, the Elbphilharmonie Hamburg, and returned to the Concertgebouw Amsterdam. She was enthusiastically received at London’s Wigmore Hall and gave her debut at the Piano City festival in Milan. She performed Tchaikovsky’s Piano Concerto No. 1 with the Wurttemberg Philharmonic Orchestra Reutlingen under Norichika Iimori in Munich’s Herkulessaal, and Clara Schumann’s Piano Concerto with the Orchestre Dijon Bourgogne under Gábor Takács-Nagy. This summer, she will give her debut performances at the Piano aux Jacobins festival in Toulouse as well as the festivals in Schleswig-Holstein and Mecklenburg-Vorpommern, and will perform Rachmaninov’s Piano Concerto No. 2 with the Staatskapelle Weimar under Kirill Karabits.

The pianist’s 2017/18 season is also peppered with exciting debuts. As well as giving performances at the Philharmonic halls of St Petersburg and Berlin, she will appear at the Tonhalle Zurich and London’s Wigmore Hall, and performs Mozart’s Piano Concerto No. 23 K 488 with the MDR Symphony Orchestra, the Orchestre National de Belgique and the Wurttemberg Chamber Orchestra Heilbronn. Her touring schedule sees her appearing in countries including Mexico and the USA, and at the Rheingau Musikfestival she will give her first performance of Bach’s Goldberg Variations.

Avinoam Shalev - Bach and the Wolf

Stay Up To Date

Get the latest news and events from the Keyboard Trust.