I began playing music at the age of 5, first in Sydney with the cello, then in Florence, Italy, with the piano. My first teachers, Marc Bonetti, Stella Levinsky and Laura Mauric, instilled in me a joy and enthusiasm that I carry around today. In 2005 at the Luigi Cherubini Conservatoire of Florence I met Maestro Giovanni Carmassi, with whom I studied for 10 years, first at the Conservatoire and then at the Strata Academy in Pisa. He was my guide and coach, and it is his teaching that inspired me to pursue music in life, despite his warning me, when I was eleven, that music is a “dangerous disease” I would not be able to get rid of!

After completing my honours degree in Florence I decided to continue my studies in London. It was Angela Hewitt, whom I met in 2014, who suggested this. Since I met her in a masterclass in Spoleto that year, she has been a continuing source of invaluable knowledge and encouragement, and a mentor in navigating the music world. In 2014 I also had the honour of having lessons from Robert Levin, Christian Zacharias and Dimitri Bashkirov at the Emil Gilels Festival in Freiburg.

I was particularly inspired by Levin’s encyclopaedic knowledge of music and his deeply passionate way of communicating, and decided to participate in his summer course at the Mozarteum in Salzburg.

Before moving to London to continue my studies I also met Aldo Ciccolini during his last masterclass at Musica Riva Festival in Italy. He was made of music, and even just his presence was enough to teach fifteen students for a week. During that class, the simplicity of his wise words changed my life.

In 2015 I began my masters degree at the Guildhall School of Music and Drama under Joan Havill. Her passion and dedication to music have helped me grow enormously and she has carefully guided me in my choices, always offering precious insight.

My time at the Guildhall has been fantastic, and after completing my masters I continued on the Artist Diploma course. I have had the chance to play for some of the most amazing musicians alive today, such as Murray Perahia and Richard Goode. All this would never have been possible without the generous support of the Leverhulme Trust, the Jessie Wakefield Award, the Guildhall School Trust and the Tait Memorial Award, to all of whom I am immensely grateful.

It is thanks to this overwhelmingly high standard of tuition that I now feel I have the freedom, and at the same time, discipline, to develop greater independence and self-reliance in my work.

Travelling with music is my favourite part of the profession. Each experience is unique to its time and place. Starting in Florence, I played in historic venues such as museums and villas, and many times at the Conservatoire, particularly for concerto performances. Under the baton of Paolo Ciardi I played Mozart and Chopin concerti with the Conservatoire Orchestra. Since then, in Italy, I have performed in Milano, Rome, Bologna, Pisa, Livorno, Teramo.

My first time playing abroad was in 2013, when Maestro Giuseppe Fricelli, a very enthusiastic teacher from the Conservatoire, took some students to Denmark and Hungary. Since then, music has taken me to the U.K. (London and Edinburgh), Germany (Leipzig), Japan (Tokyo and Yokohama), Australia (Sydney and Newcastle) and earlier this year to Carnegie Hall in New York, as part of the Guildhall Artists in New York project. I was very lucky to have the chance to play both solo repertoire and chamber music with violinist Ionel Manciu and baritone James Newby.

Other recent collaborations include a performance of Robert Schumann’s first Piano trio with Donald Weilerstein and Mahler’s piano quartet, the only piece of chamber music without voice that he left us, at the Barbican. Back in Italy I have had the chance to play in many different ensembles, working mainly with violinist Daria Nechaeva, but also with percussions and in piano duo.

In London I have played in the Barbican Hall, Milton Court Concert Hall, Drapers’ Hall, and Wigmore Hall, where I gave my debut in 2017 as winner of the Jaques Samuel Competition. This recital was professionally recorded and just a few months later I was holding my first CD. The Jaques Samuel prize also included a recital at the beautiful Fazioli Concert Hall in Sacile, Italy. I am a big fan of Fazioli pianos, so it was very exciting to play in their hometown!

In 2015, together with my friends Giulia Grassi and Silvia Stoppani, I cofounded Made in Music, a non-profit organization. Our aim was to develop our own projects and give other young artists the space to perform and share their ideas.

Together we organized two festivals in which we acted both as artistic directors and as performing musicians.

Lizzano Music Festival took place in the Apennine mountains in central Italy, where our teacher Giovanni Carmassi had given masterclasses for 15 years.

The second festival, Armonie – Festival in Movimento, in collaboration with Sarasvati, another non-profit, travelled through 5 cities including Rome and Perugia. During the course of these concerts we brought together young musicians from 8 different countries. I strongly believe that music is a universal language that can unite people from different cultures and backgrounds.

After taking lessons in Iyenger yoga for a year with a fantastic teacher in Florence, I continued training in London. I now practise Ashtanga yoga daily…and stand on my head every morning for a few minutes before starting the day.

In 2017 I began learning from Michaele Gries, a breathing coach who works with musicians from the Berliner Philarmoniker, Deutsche Oper Berlin and Mahler Chamber Orchestra.

Both these disciplines have increased my body and mind awareness, my stamina, strength and sensitivity. I consider them an essential and integral part of my work. 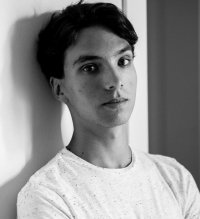