Luke Jones is a Welsh pianist. Originally from Wrexham in North Wales, he started playing the piano at the age of 5 and made his debut recital at Oriel Wrecsam aged 10. Since then he has performed all over Britain in venues such as Bridgewater Hall – Manchester, Eaton Square – London, St. David’s Hall – Cardiff, Bradshaw Hall – Birmingham, Pump Room – Bath, St. George’s – Bristol et al. He has also performed in France (Salle Cortot – Paris), Italy, Luxembourg (Philharmonie de Luxembourg), Austria (Wienersaal – Salzburg), Spain (Palau de la Musica Catalana – Barcelona), Majorca and Slovenia and has won prizes in competitions around Europe notably 2nd Prize and Mompou Prize at the prestigious Maria Canals International Piano Competition, 1st Prize at the Bromsgrove International Musicians Competition, 1st Prize in “Aci Bertoncelj” International Piano Competition, Slovenia. 1st Prize in “Section A” Chopin-Roma International Piano Competition, Italy, and 3rd Prize in the Manchester International Concerto Competition, UK. Most recently, Luke was awarded the RNCM Gold Medal, the college’s highest award for Performance and the 19 and Over Instrumental Blue Riband Scholarship at the National Eisteddfod of Wales. Furthermore, he has had broadcasts of his performances on BBC Wales Radio, S4C Television, Radio Vaticana and Telepace in Italy.

He has performed with orchestras such as BBC National Orchestra of Wales, Manchester Camerata, Orchestra of the Swan and Jove Orquestra Nacional de Catalunya. At the age of 5 he studied with Eva Warren, and then at the age of 8 began studying with concert pianist Andrew Wilde. Subsequently at the age of 11 he was awarded a place at Chetham’s School of Music where he studied under the Head of Keyboard, Murray McLachlan from 2006-2013. Between 2013-2015 he studied at Conservatorio di Musica ‘Lorenzo Perosi’ Campobasso under the guidance of Mº Carlo Grante. He recently completed a bachelor’s degree with First Class Honours at the RNCM and will be continuing his studies there on the Masters’ Programme with a full scholarship from the ABRSM, he will continue his studies under the tutelage of Dina Parakhina. 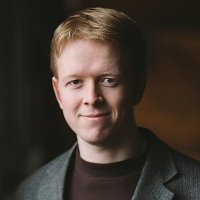