Mihai Ritivoiu was born in Bucharest and began piano lessons at the age of 6. In 2012 he graduated with the highest honours from the National University of Music in Bucharest, the piano class of Professor Viniciu Moroianu, and is currently studying at the Guildhall School of Music & Drama in London, with Professor Joan Havill. He also participated in masterclasses with Dimitri Bashkirov, Dominique Merlet, Richard Goode and Emmanuel Ax, and benefited from the advice and guidance of Romanian pianist Valentin Gheorghiu.

Mihai won the Dinu Lipatti National Competition in Bucharest in 2010 and was a laureate of the George Enescu International Piano Competition in 2011. Following these achievements he was invited to record the Second Piano Concerto by Rachmaninoff for the Romanian Broadcasting Corporation, with the Romanian Radio Orchestra conducted by Gheorghe Costin. He has since played as a soloist and chamber musician throughout Romania, England, France, Portugal, Switzerland and Italy, performing in such venues as the Romanian Athenaeum, St. Martin-in-the-Fields, Wigmore Hall, Barbican Centre, West Road Concert Hall and the Ernest Ansermet Studio. His performances have been broadcast by Radio România Muzical, Radio Suisse Romande – Espace 2 and has appeared on BBC Radio 3’s ‘In Tune’.

Most recently, Mihai was awarded the Gold Medal in the Beethoven Piano Society of Europe Intercollegiate Competition, and his future engagements include recitals at St. Martin-in-the-Fields  and Steinway Hall, as well as concerto performances with the Bucharest Philharmonic Orchestra and the Lausanne Chamber Orchestra.

Mihai’s studies at the Guildhall School are generously supported by the Leverhulme Trust. He is also grateful for having received awards from the Liliana and Peter Ilica Foundation for the Endowment of the Arts and the Erbiceanu Cultural Foundation, for being the best ranked Romanian competitor in the 2011 Enescu Competition, and, in 2013, being offered a grant by the Ratiu Family Charitable Foundation. 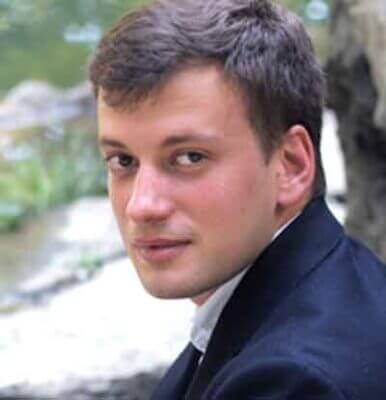